Defence Minister Dr Jonathan Coleman and Immigration Minister Nathan Guy have announced a widened assistance package for local staff who have been closely involved with the NZ Defence Force and NZ Police in Bamyan, Afghanistan.

Former interpreters who have resigned from employment with the New Zealand-led Provincial Reconstruction Team (PRT) in the last two years will also be offered a resettlement option.

In October all interpreters currently employed by the PRT in Bamyan were offered an assistance package with an option of resettlement with their dependants or a three year salary. Twenty-one have opted for resettlement.

“As the government previously indicated, it was keeping an open mind on its assistance response, and as a result Cabinet has agreed to this further package,” said Dr Coleman.

“The local employees have provided a valuable service and particularly the interpreters as they worked side-by side with the PRT on patrols. This is a balanced duty of care package that is both affordable and manageable,” he said. 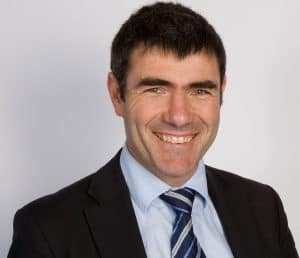 “This is a tiered response which demonstrates a goodwill approach by the government for those who assisted the reconstruction effort in Bamyan,” said Dr Coleman.

“Those being resettled will initially be taken though the Mangere Refugee Resettlement Centre. The cost of their resettlement can be met within existing baselines and is within the capacity of respective agencies,” said Immigration Minister Nathan Guy.

Any further individual who did not qualify for resettlement assistance under the tiered approach is recommended to write to the Minister of Immigration and request a grant for residence under Section 72 of the Immigration Act.

The current package means up to 116 individuals (interpreters plus dependants) will be resettled to New Zealand.

Interpreters or other locally employed staff who were dismissed for either theft or dishonesty reasons are not eligible.

How many of the interpreters currently working for the Provincial Reconstruction Team in Bamyan have accepted the resettlement offer?

In October Cabinet agreed to an assistance package for 23 interpreters. Since then 21 have applied for resettlement in New Zealand with their dependants, an estimated 65 people in total.

The interpreters are expected to continue to work with the PRT until its closure in April 2013, allowing the PRT to operate as safely and effectively as possible. The assistance package would come into effect around the time of the PRT’s closure.

When are the interpreters and their dependants likely to arrive here if they choose to settle in New Zealand?

This is still to be finalised, but it’s likely to be around April next year.

How are dependants defined and what about other family members who want to move to New Zealand?

Some applicants may want to sponsor their extended families once in New Zealand. However, recent changes to family residence categories for extended family members will limit options and the interpreters will be made aware of this when deciding whether to move to New Zealand.

What will be the cost if all those now being offered resettlement accept the offer?

The estimated relocation costs of the 21 current interpreters, the four EUPOL interpreters and the up to six former NZDF interpreters (plus their dependants reaching a total of 116 individuals) amounts to around $8.95 million. The costs can be met from within current budgets.

Why is the resettlement offer not being extended any further?

The risks posed to interpreters who remain outside northeast Bamyan following the PRT’s withdrawal continues to be judged as low. The same applies to former interpreters who resigned from the PRT more than two years ago. The majority of them appear to have left employment with the PRT as a result of other job offers or owing to family commitments.

28 locally engaged staff are also being offered a goodwill payment equivalent to one-year salary in recognition of their contribution to our activities in Bamyan.

Why are some locally engaged staff being offered more money?

Of the 28 locally engaged staff who are not interpreters, 18 engineers and vehicle mechanics have operated in northeast Bamyan undertaking activities working closely with New Zealand personnel. The government wants to acknowledge their contribution by making an additional payment of $10,000 so that they can move from Bamyan should they want to do so.

Can anyone missing out on the resettlement offer still apply to come to New Zealand?

There is a framework to consider cases on an individual basis taking into consideration a range of factors. Anyone who does not qualify for resettlement but considers they are eligible for resettlement can still write to the Minister of Immigration to request the grant of residence under section 72 of the Immigration Act 2009.

Will the interpreters and their families have to undergo health checks before being granted residence?

The interpreters and their dependants will be granted residence by Ministerial direction, under section 72 of the Immigration Act 2009. They will undergo health checks for tuberculosis and HIV-AIDs prior to departure from Afghanistan. The government will also provide a comprehensive settlement and on-going support plan for the interpreters and their dependants, meaning they will have the same services which are provided for quota refugees. They will need support to find suitable housing, settle into their new homes, find schools for their children, and find employment in New Zealand.

Won’t this policy lead to the floodgates being opened?

No. The government is acting in this particular case because of the very real concerns the interpreters have for their safety when the PRT closes and because of the extremely important work they have done for New Zealand. The Government takes its duty of care responsibility very seriously, but the action being taken over the Afghan interpreters is unique to this situation.

Has the annual Refugee Quota been met over the past five years?

Under New Zealand’s Refugee Quota Programme, 750 (plus or minus 10 per cent, so between 675 and 825) refugees are resettled in New Zealand annually. These refugees are UNHCR mandated refugees and refugee family reunification cases.

The composition of the Refugee Quota is agreed to by Ministers following consultation with the UNHCR, relevant government departments, non-governmental organisations, refugee settlement service providers and existing refugee communities.

The Refugee Quota has been met every year in the past five financial years apart from 2010-11 when the intake was 527. This figure was down on previous years because of the impact from the earthquakes in Christchurch on available services. The UNHCR agreed that it was appropriate for us to bring in fewer refugees than our normal annual quota. The numbers are as follows:-

How will the interpreters and their dependants be settled in New Zealand?

The families will be helped to resettle in the community when they leave Mangere. The support provided will include help with bank accounts, IRD numbers, Work and Income benefits (if required), housing and furniture.

It is expected that the interpreters should have relatively good settlement outcomes. Even though the adjustment to New Zealand life will be a major change, the interpreters have experience working with New Zealanders in Bamyan and all speak English. Many of them are young and have graduated from high school, and some have done some tertiary study, most commonly in English or computer studies.

If all the interpreters and their dependants decide to come to New Zealand will any refugees be prevented from coming to New Zealand?

No. Immigration New Zealand considers that 750 UNCHR-mandated Quota Refugees can still be resettled in 2012/13. There are orientation programmes planned at the MRRC for January, March and May 2013. If the January intake is increased to 150 people and the March and May intakes to the maximum capacity of 160 people, then existing refugee intakes can be accepted, along with the Afghan group who could possibly arrive together in a single intake.

What are New Zealand’s partners doing to help locally engaged staff in Afghanistan?

Both the United States and Canada already have policies in place for the resettlement of locally engaged staff. The Australian Government is due to announce its own resettlement package for locally engaged staff following a similar package offered in 2008 to locals who supported Australia’s mission in Iraq. Other partner countries are continuing to work on the issue.