Afghanistan is a landlocked country located within both Central and South Asia with a population of approximately 35 million people which makes it the 42nd most populous country in the world. The Afghan territory covers 652,000 kilometers (252,000 sq mi) making it the 41st largest country in the world. Humans have been living in Afghanistan since the Middle Paleolithic era and due to its strategic location along the Silk Road the people have always been connected to cultures of Middle East and other parts of Asia. Afghanistan and its people have witnessed numerous military campaigns throughout the time, including those by Alexander the Great, Mauryas, Muslim Arabs, Mongols, British, Soviet and in the modern era by western powers. The land has been the centre of many major empires thoughout the history like the Kushans, Hephthalites, Saffarids, Ghaznavids, Ghorids, Mughals, Hotaks, Durranis. 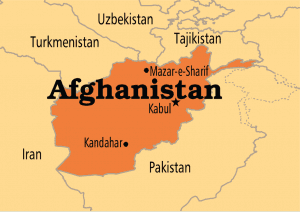 The political history of the modern state of Afghanistan began with the Hotak and Durrani dynasties in the 18th century. In the late 19th century, Afghanistan became a buffer state in the “Great Game” between British India and the Russian Empire.  Following the Third Anglo-Afghan War in 1919, King Amanullah unsuccessfully attempted to modernize the country. Afghanistan remained peaceful during Zahir Shah’s forty years of monarchy. A series of coups in the 1970s was followed by a series of civil wars that devastated much of Afghanistan which began when the country became a socialist state under the influence of the Soviet Union during the Soviet–Afghan War. Following the departure of the Soviet forces, the country became an Islamic state under the Peshawar Accord but much of its territory was then held by the Islamic supremacist group the Taliban, who ruled the country as a totalitarian regime for almost five years. Following the 2001 September 11 attacks in the United States, the Taliban was forcibly removed by the NATO-led coalition, Afghanistan’s previous political structure was replaced with a democratically-elected government.

Following the removal of Taliban, the NATO-led coalition started establishing Provincial Reconstructions Teams throughout Afghanistan and drawn from across the three services, these New Zealand Defence Forces personnel formed a Provincial Reconstruction Team (PRT). Based in Bamiyan, the PRT was New Zealand-led, along with Singaporean Armed Forces and Malaysian Force, with a focus on enhancing the security environment and promoting reconstruction efforts in the province. Bamiyan is situated in central Afghanistan with an altitude of about 2,550 m, Bamiyan is the largest town in the central Afghan region of Hazarajat, and lies approximately 240 kilometres north-west of Kabul, the national capital. Bamiyan was the site of an early Hindu–Buddhist monastery from which Bamyan takes its name (Sanskrit varmayana, “coloured”). Bamiyan’s name is translated as ‘The Place of Shining Light’. Many statues of Buddha are carved into the sides of cliffs facing Bamyan city. In 2008, Bamyan was found to be the home of the world’s oldest oil paintings. The city of Bamyan has a population of 100,000 (in 2014). The Bamiyan valley marked the most westerly point of Buddhist expansion and was a crucial hub of trade for much of the second millennium CE. It was a place where East met West and its archaeology reveals a blend of Greek, Turkish, Persian, Chinese and Indian influence. 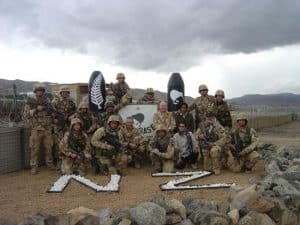 The NZPRT was a direct contribution to Afghanistan’s reconstruction. The provisional government was working with a number of countries to establish security and rebuild Afghan society. A significant part of this effort was through the deployment of PRTs. The PRT was not a combat unit rather, its task was to assist the transitional government under President Karzai to expand its influence outside Kabul.  PRTs provided a strengthened military observer capacity, monitoring and assessing civil, political, and military reform efforts through community engagement. In addition, they also acted as liaisons for Non-government Organisations and other civilian organisations. In addition, NZDF PRT personnel visited communities, made contact with community leaders, and gathered information about what they might need in terms of reconstruction. These visits were also to give Bamian communities an opportunity to air any concerns.

After making a substaintial contribution to security and development for a decade to Bamiyan Province, Afghanistan, officially came to an end at a ceremony in Kiwi Base, Bamian town in April 2013. The New Zealand flag was lowered for the final time by the twenty-first and last rotation of NZ Defence Force personnel to serve with the New Zealand Provincial Reconstruction Team (NZPRT) in Bamiyan. During those ten years in Bamiyan, the NZDF personnel were also supported by local Afghans who played a significant role in achieving the mission goals, either by interpreting from local languages to English (and vice versa), workforce to build barracks, repair vehicles or keeping the Kiwi Base clean and tidy. We believe, every single person had made minor to major contributions which resulted in successful deployments therefore the Government of New Zealand announced an assistance package for local staff who have been closely involved with NZDF and NZ police in Bamiyan, Afghanistan.

However, due to the role of the interpreters who were always on the frontlines with the Kiwi soliders were offered a resettlement option which was gratefully accepted by all the interpreters. A total of 94 Afghan men, women and children arrived at the Whenuapai Air Force base in Auckland on 23rd of April 2013. After spending 8 weeks at Mangere Refugee Resettlement Centre in Auckland we were resettled in Hamilton and Palmerston North in June that year. Later that year the resettlement package was extended to nine ex-interpreters who were previously employed by NZ Defence Force in Afghanistan and were resettled in Hamilton.